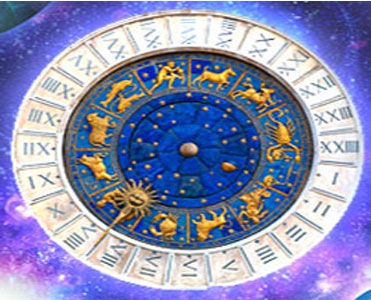 Each individual on this planet needs cash for survival since riches satisfies the fundamental needs of an individual and brings social and budgetary security. Numerous fusions and yoga in Vedic Astrology are considered in a natal graph to judge how rich an individual would be The essential houses, which are mulled over to judge an individual’s riches, are second, sixth and tenth house. The second house delineates self-produced riches, sixth house shows riches and cash through credits and accounts and the tenth house reflects riches through job, profession and different sources.

The 8th house represents the personal assets of a person accumulated through business partnership or through marriage. To analyze the strength of this house we check the planets placed in it, their strengths, and the aspects of the planets on it. The lord of the 8th house and its placement in the chart is also important.

The 11th house represents one’s personal assets accumulated through business and work. Just like the other houses, the strength and the results of this house too are judged through placement and aspects of planets in it, and the position of its lord.

The presence of wealth can be judged by the placement of Venus and Jupiter along with the placement of Taurus and Sagittarius in a natal chart
The lord of the ascendant and its relationship with the lord of the 2nd and 8th house should also be taken into consideration along with any planet placed in 2nd and 8th house.
The placement of Saturn and Mars in a chart is analyzed to determine the inclination of a native towards a particular field. These factors do not indicate wealth individually and are considered secondary factors for accumulation of wealth.

Role of Jupiter in the Yoga’s related to wealth
The significators of wealth are Sun and Jupiter. So the basic rule is that both Jupiter and Sun should be well placed in the horoscope to be wealthy.
Moon and Jupiter together form a wealthy yoga known as Gajkesari Yoga, which makes an individual rich and wealthy if he has it. Moon and Venus in 5th house also indicates that the individual will be wealthy.

As per vedic astrology if Mars is in 4th, Sun is in 5th or Jupiter is in the 11th or 5th then earnings will be through ancestral properties, crops, or building.
If Mars, Jupiter and Moon are in Cancer for a native of cancer rashi then he becomes very rich through his work and divine grace.
If the quadrant or trinal houses are occupied by Jupiter, Venus, Moon, Mercury or houses 3, 6, 11 by Sun, Rahu, Mars, Saturn the native will become exceedingly rich during dasas of Rahu/mercury/Saturn /Venus.

Jupiter in Cancer, Sagittarius, or Pisces, and position of 5th lord in the 10th house indicates that the person becomes rich through his son or daughter.

Role of Venus in the Wealth Yogas
Venus with Mercury and Saturn in any House indicates the person will earn lot of wealth by business leadership.
If benefic planets or 10th lord is in Taurus or Libra and Venus or lord of 7th house is in 10th then the native will become rich by marriage or through the wife’s earnings.
Also, if Venus is in conjunction with the second house lord in the ascendant, and the 2nd house is strong, then the person will be very focused on building up huge personal assets.

Other Yogas affecting the Wealth
If Mercury is placed in the zodiac sign of Aries or Cancer then it indicates that the person earns lot of wealth during the Mercury dasha.
It has been found that Mercury with Jupiter and Venus in any house represents the earnings through religious deeds working as Pundit, Astrologer, Preacher, and Head of religious institutions and so on.
As per Indian astrology, Jupiter in 10th or 11th and Sun or Mercury in 4th or 5th or vice versa indicates that the native becomes rich by Good administrative skills.
It is believed that if the lords of 6th, 8th or 12th house are placed with 6th, 8th, or 12th lords, the native earns lot of wealth in a short span of time.
Mutual exchange of Houses of 2nd and the 9th lord (except Saturn) makes a person rich.

Dhan Yoga’s
Not with standing a couple of Saints, a large portion of us have an inherent craving of being hugely Rich. Vedic Classics are loaded with shloka’s that detail a brain boggling show of planetary consolidations guaranteeing to line the pockets. These syntheses in Astrological wording are termed as Yoga’s. The yoga is a Good combo of planets specifically design introduce in the horoscope that offers ascent to auspicious results to a single person.
There is hundreds of Dhan yoga all in all. Few among that conspicuous Wealth creating Yoga are specified here that can make individual scope to mind boggling statures. Just need is to know such combos its quality and the ideal time of its fructification- with the goal that individual can channelize its capability minus all potential limitations.

Famous DhanYoga’s
Vidhyuta yoga
In a chart if 11th lord is in deep exaltation and is in conjunction with Venus in a Kendra, from Ascendant lord, Vidhyuta Yoga is formed. Depending upon the strength of yoga, the person can be a king or equal to him. He will control wealth and he will be a man of generous instincts.

Chandradhi yoga
In a chart when benefices Jupiter, Venus and Mercury are placed in the houses 6, 7 and 8th and moon collectively of singularly this yoga is formed. The presence of this yoga in the birth chart will make the native polite and trustworthy, happy, wealthy, famous and will enable him to be victorious over his enemies. This is considered to be one of the most beneficial and auspicious yoga.

AkandSamrajya yoga
In a Chart, Jupiter should be strong as 2nd or 5th lord. With this 11th lord should be in Kendra to Moon –unaffiliated it leads to presence of AkandSamrajya Yoga. Depending upon the strength of yoga, the person is endowed with long life with all good fortunes.

Kusuma Yoga
In a chart, if ascendant has a fixed sign, Venus is in angle, Moon in trines, Jupiter in 9th house and Saturn is placed in 10th house. It leads to presence of Kusuma Yoga. Depending upon the strength of yoga, the person attains kingly status and immense prosperity is ensured for him.

Parvata Yoga
In a chart, if ascendant and 10th lord are in mutual angles or benefices are in Kendra and 6th and 8th house are free from malefic affliction it leads to formation of this yoga. Depending upon the strength of yoga, the person shall be endowed with immense wealth, is respected, highly recognized, equaling to rulers.

Trilochana Yoga
In a chart, if Sun, Moon and Mars are in trine to each other, Thrilochana Yoga is formed. Depending upon the strength of yoga, the person can attain enormous wealth, is a horror to his enemies, highly intelligent and is blessed with good longevity.

VasumanYog
In a chart if Jupiter mercury and Venus are placed in 3rd, 6th, 10th or 11th house from Ascendant or Moon it leads to formation of this yoga. Depending upon the strength of yoga, the person shall be endowed with immense wealth. In nutshell, though these yoga’s are immensely powerful and result oriented but a clear assessment is of strength can made only after studying the natal and divisional charts, planetary influences, dasha, transits, related aspects all in synchronization.